Eighteen years ago, dissatisfied with my somewhat one-dimensional training in Western Psychology, I came to massage as no more than a curiosity. I had been an enthusiastic recipient of this therapy for many years, and just wanted to know: “how is it done?”. As my first year of training progressed, I left behind the idea of it as a useful hobby, and surrendered to a fully-fledged passion for the work. 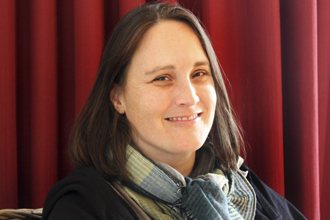 This passion has sustained me, and allowed me to broaden my scope to investigate many other facets of bodywork. Seven years after start of that journey, I experienced a similar awakening during my first Craniosacral Therapy class, and my first encounter with both facilitating and receiving Myofascial Unwinding. What had again begun as intellectual fascination became a profoundly felt experience, the deepest space of rest, healing and transformation I had ever known. Without abandoning the sound base structure of massage, which by then seemed like a part of my DNA, I knew my task was to integrate this revelatory technique into my framework.

My massage career has been a diverse one, beginning work in 2002 at several Perfect Potion stores; a local aromatherapy skin care company with boutique spa rooms. I then worked for 2 years at Recreation Gym in Armadale, where the focus was more on sports massage and injury rehabilitation. From there it was time to take flight into my own business, and in 2006 The Gertrude Street Yoga Centre became my new home. From 2008-2012 I also maintained a practice in the Western suburbs, first at Dragonfly TCM Clinic in Seddon, and then at Dharma Mindful Medicine in West Footscray. While still maintaining a clinic day at Gertrude St Yoga Centre the bulk of my practice is now at Elk Wellbeing, a peaceful cocoon in North Fitzroy.

“Be Still and Know… I am” William Sutherland, founder of Cranial Osteopathy